Here at Life-Line Colorado, we assist our local at-risk population in finding love, acceptance and safety. We focus on youth and adults alike, offering support and resources they may not have, to help them discover opportunities they may not have been given. Our mission is to spread love, security and safety throughout Denver, CO, and to see it ripple through our local communities. 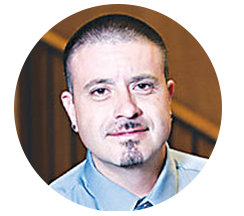 Leo is a Certified Addictions Counselor (CAC III) and licensed with the National Gang Crime Research Center (NGCRC). He has a bachelor’s degree in Addictions with a minor in High-Risk Youth from Metropolitan State College of Denver, as well as a PhD from the University of Urban Studies and Adult College. For more information about Life-Line Colorado and our outreach efforts, we encourage you to reach out to us today. 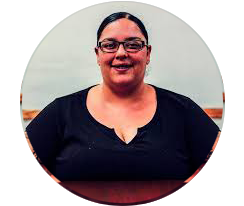 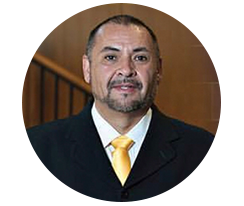 Joseph “Joe” Aragon is currently the Program Director of The Urban Impact program.Joe discovered his calling and passion for his career in 1992, while serving in the United States Navy where he was assigned to the Navy Adopt a School Program mentoring gang members who wanted to enlist in the Navy or Marines. Throughout his long and tenured career, 28+ years, Joe has been committed to helping and steering young men toward positive alternatives to gang affiliation, building strong support networks for families and implementing various gang prevention, intervention and violence interruption strategies across the city.

Urban Impact was formed when he and his long-time friend Leo Alirez joined forces and brought Tha Myx International Denver, (Joe is the Senior Pastor and Executive Director), and Lifeline Colorado, (Leo is Founder and Executive Director), together to form the Urban Impact Program which does gang outreach and violence reduction. Joe is fully dedicated and has made it his life-long career of making Denver one of the safest and most beautiful cities in our country. 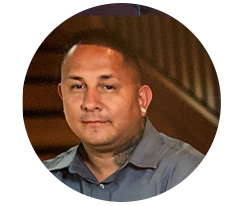 Isaac Aragon is a case manager for Life-Life Colorado, an organization working to help at-risk youth replace drugs, alcohol and violence with love, security and safety. After growing up within a gang culture, he transferred that experience into a teaching tool to model and demonstrate the importance of staying away from the gang life. Isaac is also a coach and emphasizes to boys and young men of color how utilizing their time to get an education, participate in sports and after-school activities, and making positive choices are the things that will lead their lives towards success. 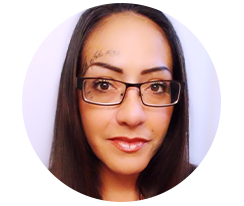 My name is Desiree Ruiz and I was born in Denver, CO in 1987. My parents were separated before I was born so I grew up in broken homes, while both of my parents struggled with addiction. Throughout my childhood I witnessed a lot of violence as anger was the emotion that ruled my home. I was raised on the North side of Denver, where I soon turned to gangs to receive love, acceptance, safety, and security. I fit right in because I was often angry and willing to go that extra mile for the ones I now called my family. Not receiving the proper care at home and having no sense of structure made it that much easier for me to settle down in that destructive lifestyle with no hesitation. I have five children whom I love dearly, but custody of only two. I spent 17 years of my life dependent on alcohol and 13 years addicted to heroin.In 2013 I was told I only had a year and a half left to live due to preterm cirrhosis of the liver, chronic liver disease, pancreatitis, and other ailments, but in 2016 I surrendered my life to Jesus Christ, and I was healed and delivered from these things–not only the illness but the trauma I endured as a child, the gang life and the addiction to drugs and alcohol. I am now a free woman who is using her lived experience to reach our youth and show them there is a way out. I am proud to say I work as a case manager / community outreach worker with Urban Impact. This job has changed my life and given me the opportunity to do the same for those who are now where I once was. 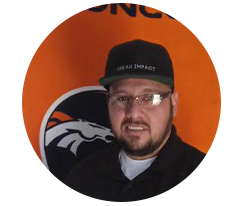 I am a Case Manager with Urban Impact, born and raised in Denver, CO. As a kid I had a good life and good parents that did their best to raise me right to the best of their abilities. As a youth living in the city of Denver, that was a different story. Growing up was a struggle especially because I was choosing to live a life full of violence, chaos, death and destruction through gang activity. Due to poor choices I was in and out the juvenile system digging myself into a deeper hole, and I never realized just how far it would go. At the age of 18 after finding out I was facing a sentence of 15 years to life I realized at that moment something had to change. I served 4years and 8 months in the Federal Prison System. Through incarceration I was able to reflect on my life and my areas that I desperately needed to change. It was not easy. It was one of the hardest chapters of my life where I was alone and not sure if I was going to make it out alive!The type of change we face in prison can either make or break you but through the grace and strength of GOD I made it out of the system stronger and better than I could have ever been on the streets. I now dedicate my life to the lives of young individuals who are on the same streets I once caused destruction. I am giving back to these communities one step at a time by implementing what I have learned through life experiences and losses. It’s my passion to teach these kids how to live a better life of prosperity and success. One success story will lead to another, that’s why I believe if we can reach one that one will reach many. Changing your life starts with changing your mind. Discipline, determination and dedication can allow you to reach your destination. 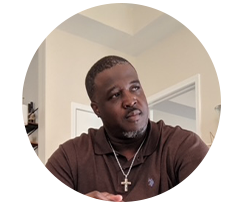 My name is Tyrone Hill and I was convicted of second degree murder at the age of 19. I spent the next 21 years in California State Prison serving an 18 years to life sentence. I served most of my time in Level 4, one step below death row in some of the toughest prisons in the state. I had nothing but time to think about the CHOICES I had made. I dreamed about the possibility of a SECOND CHANCE.I grew up in a single parent household with a Mom who found herself battling addiction to crack
cocaine. My childhood was filled with poverty and abuse of the worse kind. I had no father in the home as he fought his own battles of addiction. There was no one to guide or teach me. There were no positive role models as my home was filled with drug dealers, addiction and gang members.At 12 years old I made the CHOICE to join the gang and began selling large amounts of drugs. I dove deeper and deeper into illegal activity. My own life no longer mattered. I knew my CHOICES would either land me in a grave or prison. This path of destruction was seen as a right of passage in my world. I no longer cared about my education, I was now 15 and nothing more than an illiterate, heavily armed with guns and drugs.

At the age of 18 homicide was my newest and final charge that would lead me to spending my entire young adult life in prison. After 11 long years in prison, my mindset began to change. I laid alone night after night and thought about my CHOICES and who I really wanted to be. I dreamed of being free, I had hope that one day I would get that CHANCE. I knew for this dream to ever become a reality, I had to start by making better CHOICES.

I poured myself into work and volunteering. I took every self help class available. I taught myself to read and write. I graduated high school then enrolled in college. I faced the reality of my crimes and the effects they had on those around me. I spent the next 10 years determined to make CHOICES in hopes of one day receiving that CHANCE.

In 2017, because of the CHOICES I had spent more than a decade making, I was told that I was “suitable for parole.” I was a 19 year old boy when I entered those prison walls and I sat there as a 40 year old man being given my SECOND CHANCE.

Life is all about CHOICES. Growing up in the inner city, surrounded by gangs and drugs contributed to CHOICES that I’m not proud of, however, it also led me to the CHOICES I made to change my life and placed me here today.

I am proud to say I am a Case Manager working with our youth through Urban Impact. I am an active member of our society giving back every chance I get. I contribute to my community by sharing my story and motivating and mentoring others. My story is one of CHOICES, CHANGE AND SECOND CHANCES. 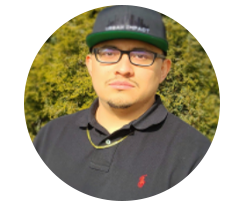 My name is Kevin Alvarez. I am a former gang member with plenty of lived experience. I am currently a Case Manager with Urban Impact, which was formed through the collaboration of Tha Myx International and Lfe-Line Colorado. I am also certified in Mental Health First Aid. In addition to my professional accolades, I am enrolled in college pursuing a degree in Psychology. Outside of my professional realm, I enjoy watching sports and spending time with my family. 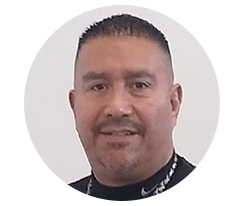 I thank God for bringing me out of the darkness and into the light! I once was lost but now I am found! God brought me up out of a horrible pit and set my feet upon a rock (Psalms 40:1). I know God has a purpose in my life and that’s to help sharpen others. Proverbs ( 27:17). As iron sharpens iron so one man sharpens another. I am blessed to be a part of Life-Line! 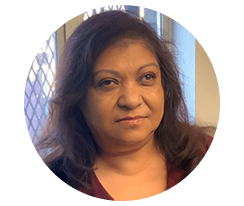 Bilingual case manager with 20 years’ experience in the non-profit and human services industry, working with a diverse group of at risk and underserved individuals and communities.
Has volunteer for many years to serve as a liaison between organizations, government entities and the Spanish speaking community. 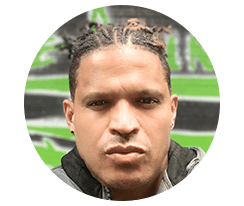 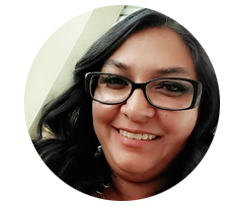 Tanisha Alirez is an Administrative Assistant with over eight years of experience working alongside case managers and probation/parole officers in the judicial system field. Tanisha specializes in administrative tasks, technology, and billing support. Tanisha uses her positive attitude and tireless energy to encourage others to work hard and succeed. Tanisha is inspired daily by her husband and their children. In her free time, Tanisha enjoys family time, fishing, camping, fixing puzzles and playing video games with her children and grandsons.

Summer of Peace: A Generational Fight Against Gangs in Denver

Our outreach programs target at-risk individuals of all ages, regardless of their situation. We work with youths, teenagers and adults with unstable homes, gang backgrounds, traumatic events and much more. We nurture every person’s mind and spirit, to show them there’s a path outside of drugs, violence and crime. Click here to learn more about our programs, substance abuse treatment programs and family counseling services.

We offer mental and emotional counseling with a broad range of focuses, as well as individual and family programs

Some of our focuses include breaking dependencies, overcoming trauma, rehabilitation after incarceration and more.

Leo is a Certified Addictions Counselor (CAC III) and licensed with the National Gang Crime Research Center (NGCRC). He has a bachelor’s degree in Addictions with a minor in High-Risk Youth from Metropolitan State College of Denver, as well as a PhD from the University of Urban Studies and Adult College. For more information about Life-Line Colorado and our outreach efforts, we encourage you to reach out to us today.